The Patriot is an assault rifle unconventionally built for The Boss, an anti-villain from the Metal Gear series. It was later given to another anti-villain, Big Boss, when he defeated and executed The Boss.

Not only does The Patriot wield 5.56mm x 45 ammunition, but its magazine is an ∞ shaped 100 round drum, making running out of ammo very unlikely. It also fires "tumbling" bullets, where instead of shooting in a direct line like most firearms, it shoots in a bipolar twisting pattern. Modeled from the XM16E1 (a predecessor to the M16), the carbine weighs 1.5 kg and was designed to be used like a handgun, but have the firepower of an extremely powerful assault rifle. 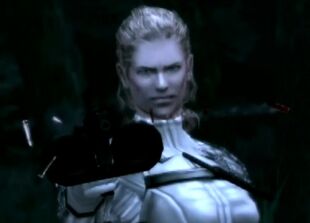 The Boss wielded the rifle 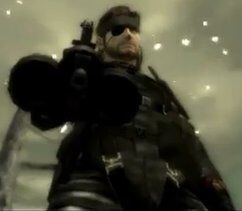 Big Boss (originally Naked Snake) wielding the Patriot
Add a photo to this gallery
Retrieved from "https://fictional-weapons.fandom.com/wiki/The_Patriot?oldid=4116"
Community content is available under CC-BY-SA unless otherwise noted.